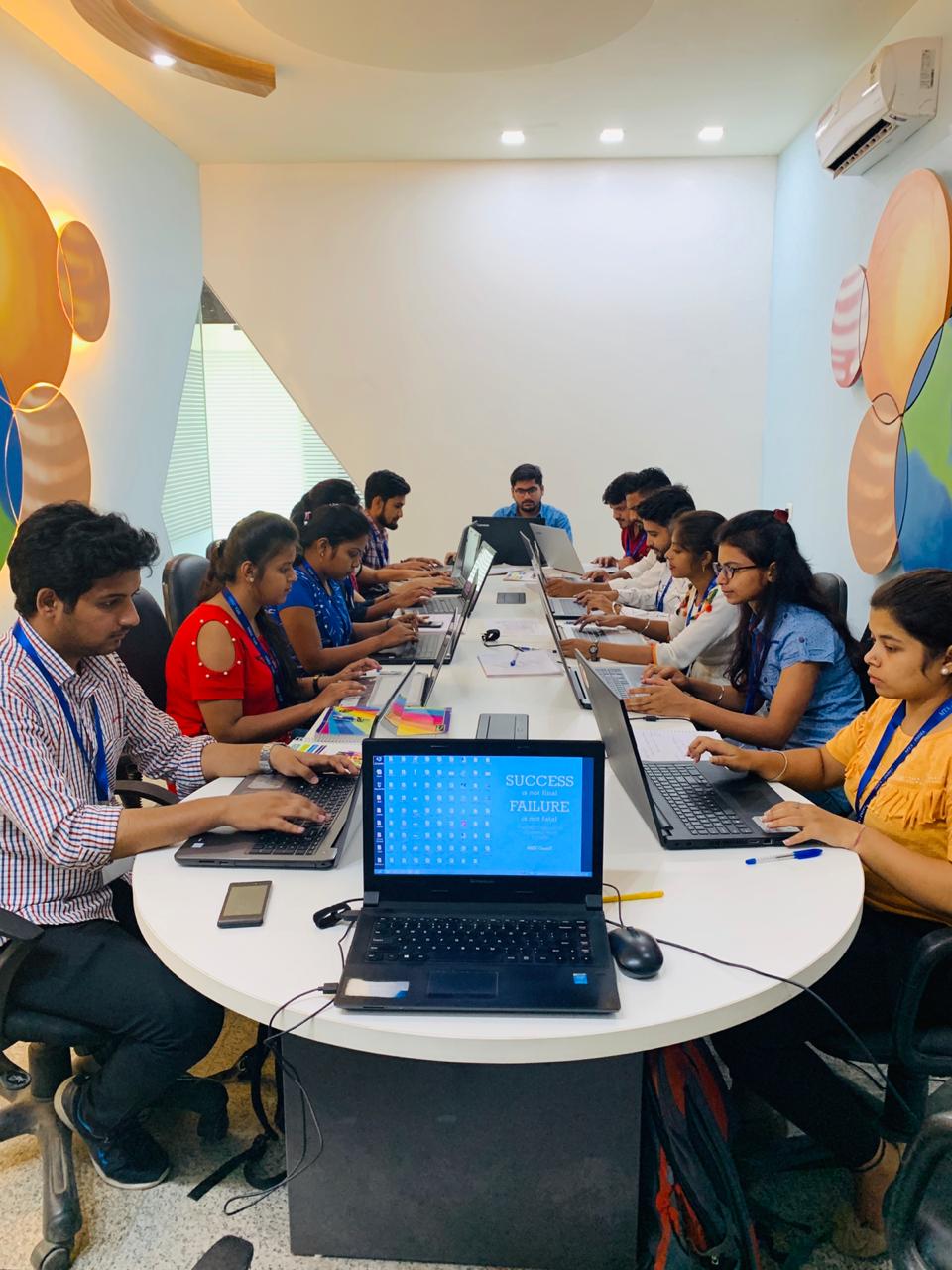 Developers and Programmers are among the highest-paid professionals in the world. They easily earn six-figure annual salary packages in countries like the United States, Canada, UK, Germany, Israel, Australia, Denmark, Japan, India, & China. While the profession is highly promising with attractive salary compensation, some programming languages are associated with higher salaries than others.

In February 2021, Stack Overflow conducted a survey comprising over 66,000 respondents regarding their programming languages & their corresponding salaries. Through the survey, Stack Overflow collected developers-programmers’ median earnings across the globe and then compiled a list of the highest paying programming languages based on those responses.

Top 10 Highest Paid Programming Languages to Look Out For

Scala is a type-safe JVM language that combines opp’s & functional programming aspects into a unique high-level language. This is what makes Scala a concise & logical language. Scala’s static type feature eliminates bugs in multifaceted applications, while its JVM and JavaScript runtimes facilitate the development of high-performance systems. Scala boasts of a vast ecosystem of libraries, of which Aerosolve & BIDMac are the two popular Machine Learning libraries.

Go is an open-source, statically typed, compiled web development language designed and launched by Google developers in 2009. It was modeled on the C programming language to improve programming productivity in an era of multicore machines & massive codebases. Although a very recent creation, Go programming language is perfect for building user-friendly, reliable, and efficient software products.

The Go programming language has become very popular among coders and programmers for its simplistic syntax. While it has the static typic feature & runtime efficiency like C++, its readability and usability functions bear similarity to Python-JavaScript. Go enables high-performance networking and multiprocessing. The language even makes it to GitHub’s list of one of the finest-growing programming languages.

Objective-C remained the primary programming language used by Apple for its operating systems OS X & iOS and their respective APIs, Cocoa, and Cocoa Touch, until the launch of Swift coding language in 2014. Despite that, Objective-C is still an extensively used language for developing iOS applications. Since it has long been used, tested, and implemented across different Apple platforms, Objective-C is a stable, reliable & mature language.

Kotlin is a cross-platform, statically typed, general-purpose programming platform developed by the IT-company JetBrains. It is intended to be fully interoperable with Java. While the JVM version of Kotlin’s regular library depends on the Java Class Library, its type inference feature makes the syntax highly concise. Though JVM is Kotlin’s primary target, it can also compile to JavaScript, or built-in code (via LLVM).

In 2019, Google acknowledged Kotlin as the preferred language for Android app developers, and ever since its popularity & demand have skyrocketed. Apart from its readable syntax and complete compatibility with Java, Kotlin now has the full support of Google’s ever-growing community.

Ruby on Rails is a popular server-side web application framework written in Ruby. It is a model–view–controller (MVC) framework containing default structures for a database, a web service & web pages. The key purpose of Ruby on Rails is to facilitate the creation of robust & legible programs, following the motto of “least astonishment.” It promotes the usage of web standards like JSON or XML for data transfer & JavaScript, HTML, and CSS for user interfacing.

Even since its inception in 2005, Ruby on Rails has heavily influenced web application development, thanks to its unique features like seamless database table creations & scaffolding of views to enable rapid application development along with valuable development principles like convention over configuration (CoC) & don’t repeat yourself (DRY). The support of a large community of developers further makes Ruby on Rails an amazing programming language for web development.

Perl is a high-level, general-purpose, interpreted, & dynamic coding language developed by Larry Wall in 1987. It was crafted as a Unix scripting language for text manipulation & making report processing simpler. However, now Perl is used for a host of other tasks like system administration, web development, network programming & GUI development, to name a few.

Perl borrows features from diverse programming languages, including C, shell script, AWK, and sed. Its syntax is very similar to C programming language. Not for nothing, it is one of the most communicative and expressive languages! Perl is compatible with XML, HTML, & other mark-up languages and supports Unicode. Its database integration interface DBI supports several third-party databases such as MySQL, Oracle, Sybase, Postgres, etc.

C# is a versatile language since it is perfect for developing a wide range of applications like mobile apps, web apps, consoles, back-end systems and much more. It also has a dedicated .NET Core machine learning platform, ML.NET, which is a cross-platform, open-source Machine learning framework that .NET developers can use to build ML applications.

When there’s any talk on programming or coding languages, Python always seems to make the cut. Python’s acceptance and popularity is not only limited to the field of software development, but it extends to Data Science as well. It is a high-level, open-source language that supports object-oriented, imperative, functional & procedural development paradigms.

Python is an all-rounder programming language – it is used for complex mathematical calculations, web development, machine learning, data analysis, task automation, among other lots of things. What makes it immensely popular is its neat & lucid syntax. Besides having active & expansive community support, Python comes with a suite of resourceful Machine Learning libraries and tools, such as Scikit-Learn, TensorFlow, Keras, NumPy, and SciPy, and Chatterbot, to name a few.

The national average salary for Python is $78,395 in the US, whereas, in India, it is ₹735,012. Learn more about python developer salary in India.

Like Python, Java is also immensely popular in Coder and Programmers communities across the globe. It is a class-based, general-purpose, object-oriented language used to develop software, mobile apps, web applications, games & web servers/application servers. It is now also used for creating Big Data ecosystems. Several large corporations and leading IT companies maintain a massive Java codebase with JVM as the primary computing environment. Today, Java serves as one of the foremost tools for developing native applications for the Android platform.

Java functions on the WORA (write once – run – anywhere) concept. This means, once you compile a code in Java, you can run it on all platforms that support Java, without requiring to compile it any further. It features functional Machine Learning  libraries like Weka, Neuroph, ADAMS, JavaML, Mahout, Deeplearning4j., ELKI, RapidMiner, and JSTAT.

Swift is a general-purpose, multi-paradigm & compiled coding language developed by Apple for Linux, macOS, iOS, watchOS & tvOS. It is a beginner-friendly language that is expressive, interactive & fast. Since Apple Inc. engineered it, we can safely say that Swift combines some of the greatest elements of modern language thinking, which makes software development a pleasurable experience.

Now that you know which are the trending & highest paid programming languages in the IT market, you can upgrade your skillset to include at least one (better if multiple!) of these high paying Coding languages.

WHY MTA INDIA:- These trainings are so much important that you have to do nowadays. And you do this from MTA India because we provide the best training in the IT sector across all over India. Our faculties are very much experienced and intelligent. They provide you a unique quality of teaching and after doing your training from MTA India you got hands-on experience so that you can start your career with a minimum package of 5 LPA.

So don’t waste your time I would recommend you to join MTA India Today.